DWS compiles an analysis of Queensland gaming data by statistical area every month. This free service may help you compare your venues performance against your competition.

August gives us the first full month of gaming trading since venues reopened in early July.  The growth which was seen across the state last month has remained relatively stable with a nominal decrease of 4.49% on the previous month’s trading.  The total metered win in August 2020 was $286.4M compared to July 2020 which achieved $299.9M. 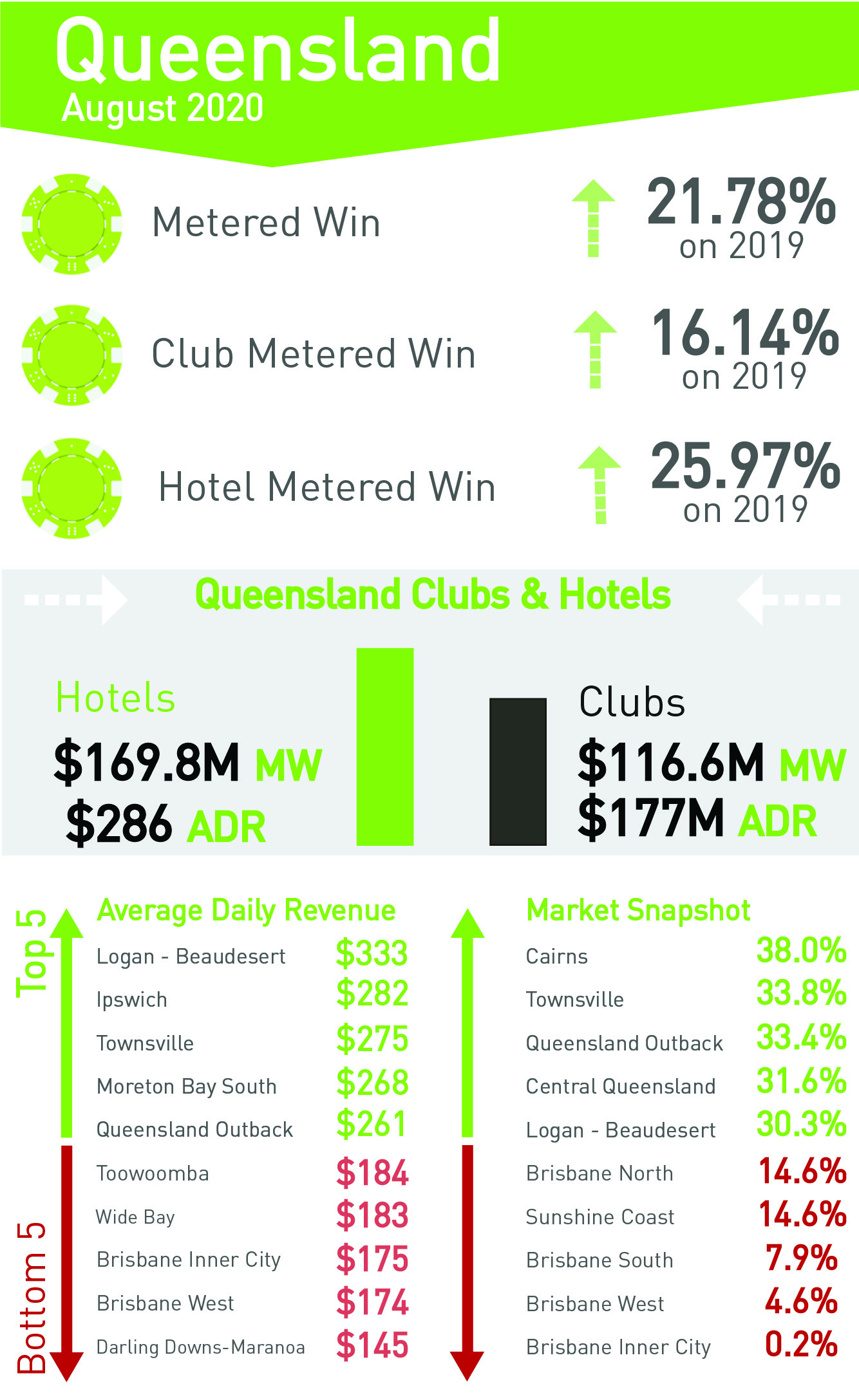 It will be interesting to see how demand changes over the back end of the year as venues and patrons settle back into the swing of business as usual. 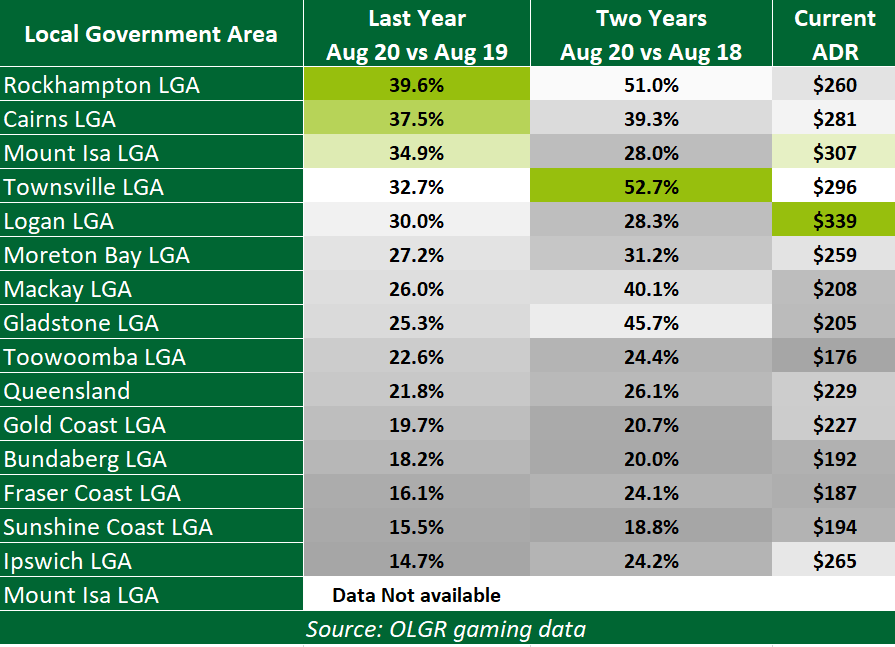 The two-year comparison shows impressive growth in all of the LGAs with Townsville leading the charge at 52.7%, Rockhampton comes in second at 51% followed by Gladstone at 45.7%. 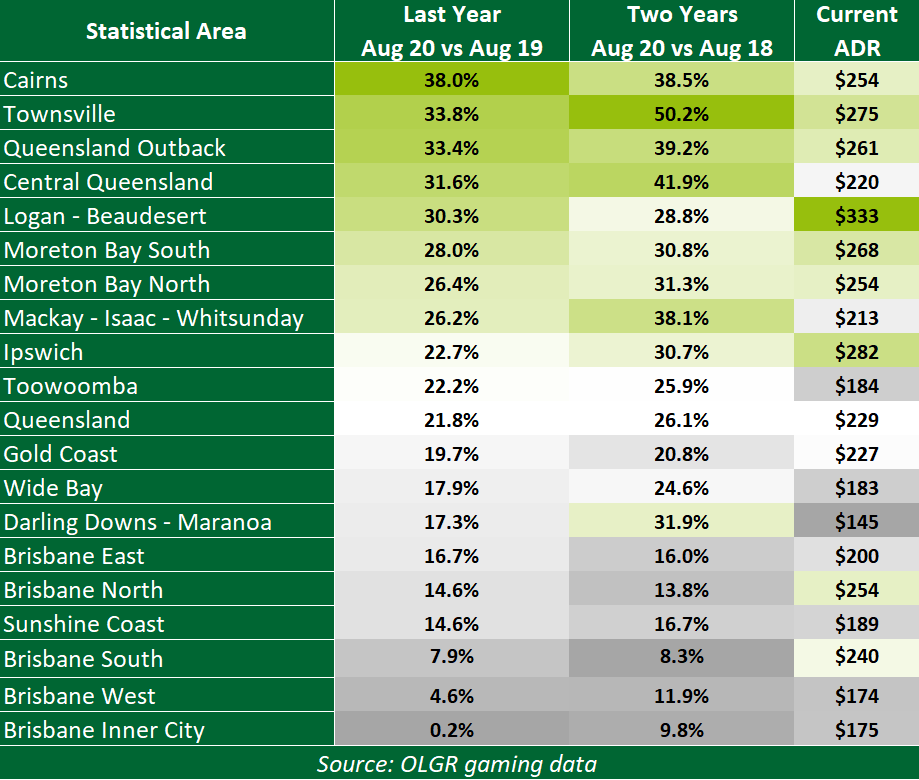 The following graph illustrates the current market share trend for Clubs and Pubs since January 2017.  July 2020 saw a significant change in the market share towards pubs in comparison to February 2020, however in August clubs started to claw back some of the lost market share. 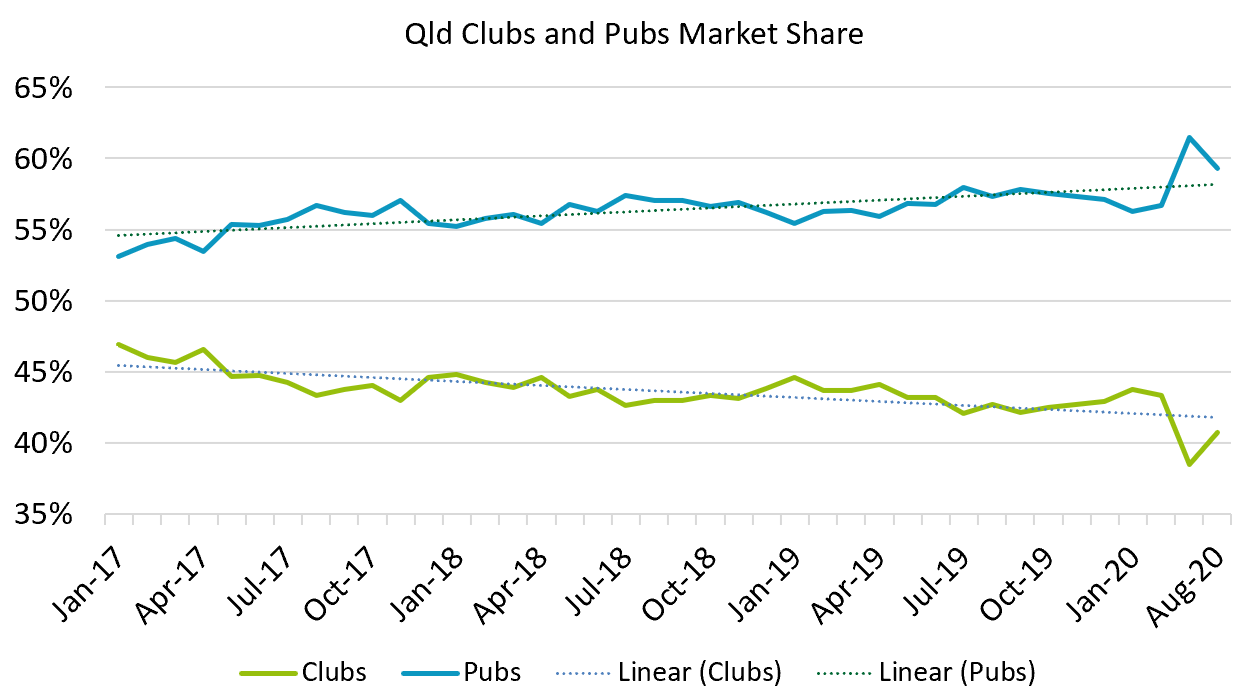 The graph below illustrates the overall movement of metered win by Clubs and Hotels across Queensland since July 2018.  2020 started strong, with July and August showing significant increase since the reopening of venues. 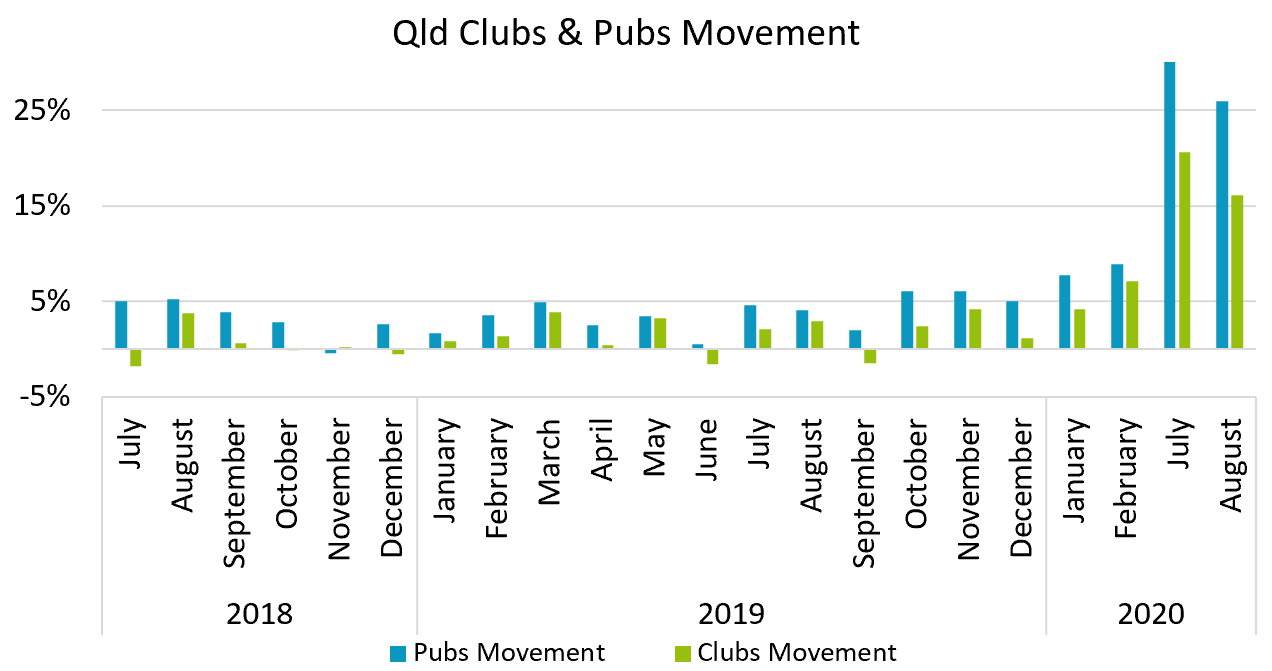 The table below further shows the movement of metered win and ADR in Clubs and Pubs in August by region (SA4 area). Pubs were strongest in Cairns, Queensland – Outback and Townsville. Clubs showed the largest growth in Mackay, Moreton Bay – South and Cairns. 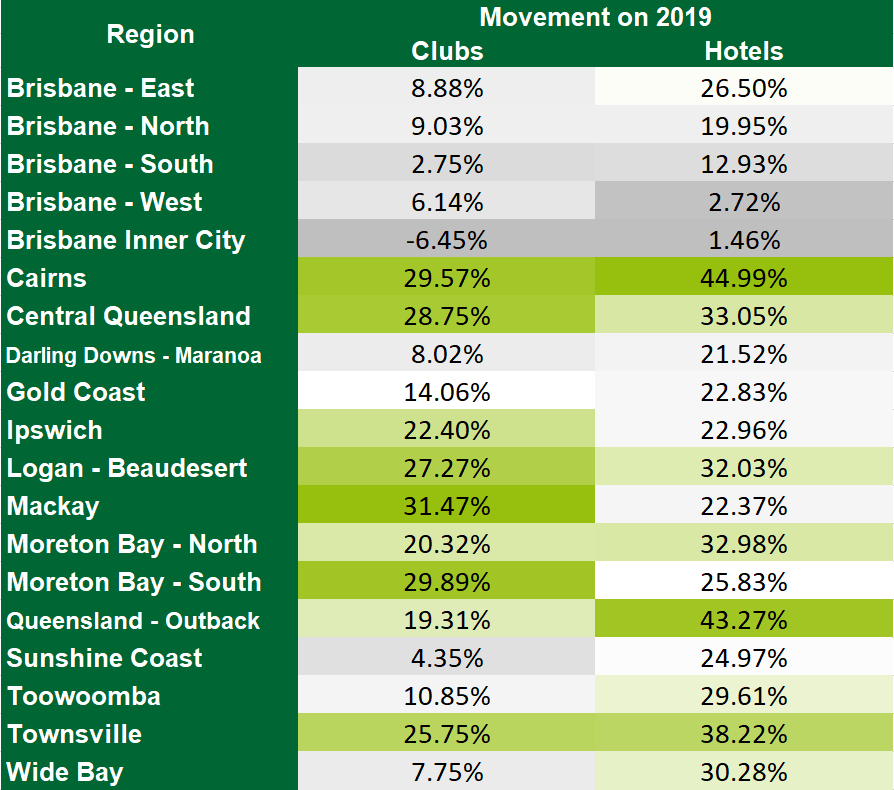 How do you compare to your region’s performance?

To read more and for the full report and supplementary Clubs and Pubs analysis, Subscribe to the DWS eNewsletter here to receive it direct to your Inbox. For further information contact the DWS team on (07) 3878 9355 or email info@dws.net.au

Why are accountants so stupid?

The goldmine of marketing potential hiding in your data systems

A recent study from Responsys* discovered that over the next twelve months, the biggest focus for marketers is on improving the targeting and segmentation of their campaigns.