‘Adaptability is about the powerful difference between adapting to cope and adapting to win.’ 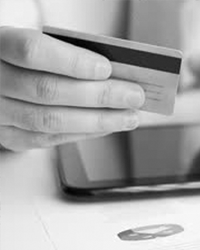 seaboard are the change to the casino licensing landscape in Queensland, the threat of revised smoking legislation in New South Wales, recent changes in Victorian taxation and the introduction of pre-commitment. Some of these changes may create more jobs and opportunities, however they may also have a large impact on the local market.

We are also observing a trend that larger successful venues are broadening their reach through acquisition of smaller venues. There is no doubt the future will show smaller venues rationalised as larger venues look at diversifying and spreading their wings.

Another issue venues will have to contend with is the growing popularity of social and online gaming. A publication by Southern Cross University has revealed that around 12% of the world’s population are estimated to play one or more online social games every month. It is estimated a total spend of $4.4 billion will be spent on social media gaming in 2015.

This rapidly growing phenomenon differs from land-based gaming in that participants can play social casino games at no direct financial cost to the player. However, this model will require payment from the player in order to purchase the virtual currency needed to participate and access other enhanced features or upgrades the game might offer.

The demographics of social gamblers reveal that they tend to be younger than those who opt for alternative forms of gambling such as internet and land-based gamblers. One of the main differences between social and internet gamblers, included evidence that social gamblers are more likely to be women aged 35 or younger.  Internet gamblers who favoured platforms such as internet poker were more likely to be male.

It is imperative to understand the psyche of the player in all forms of gambling, each demographic will show vast differences in how they interact with venues. A recent survey from Roy Morgan expands further on the behaviours of various demographics which shows the transition through the types. Keeping in mind the growth of social gambling and the main demographics the following graph highlights the attitude towards gambling. The following table outlines the average leisure and entertainment spend from each demographic and the proportion spent on Entertainment, Going out and Gambling.

On average, Gen Z spend $133 per week on leisure activities with only 3.2% ($4.25) on gambling. However, they are more than prepared in spending 66% ($87.80) when going out. Similar trends are shown in the Gen Y, however they are more aligned with spending more on home entertainment.

In comparison, the Baby Boomers and Pre-Boomers are more likely to spend their leisure dollar on gambling activities.

From the information provided, there seems to be a very clear view that Social Media Gaming may play a pivotal role in increasing the awareness of gambling activities with younger generations. The challenge for venues is how to transition these players into land based venues. Given the preparedness of the younger generation of going out it may be that venues start looking to increase the entertainment within the venue to attract this group, this does not mean that clubs/pubs should start introducing night clubs but more alignment to an entertainment experience in which is being pursued by the newly targeted casino environment.

Future-proof your venue for the changing gaming landscape ahead. Call to speak with the team at DWS on 07 3878 9355 or email us at info@dws.net.au.