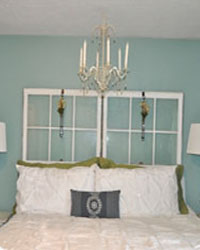 In the world of health and safety, it’s not often you hear of something quite as controversial
as this story right here.  It has been mentioned in the media at various times during their lengthy court battle.  Yes, I am referring to the woman who filed a workers compensation claim for being injured while having sex on a work trip…. and after five years, the courts have finally ruled in her favour.

You are now wondering, ‘what has this got to do with my business?’

Firstly, I must clarify that this woman was not a sex worker, she was an office employee on a work related trip. Starting to get the picture?

A new precedent has been set, whereby the duty of care owed to your workers has escalated, despite their personal activities at the time.

‘the Federal Court has ruled for compensation in favour of a woman who was injured while having sex on a work trip’.

‘The claim was made for facial and psychological injuries suffered after a light fitting came away from the wall above the bed in her motel room as she was having sex’.

In the precedent-setting ruling, now finalised after a third appeal by the woman’s former employer, the courts ruled in the worker’s favour saying that in the absence of any misconduct, or an intentionally self-inflicted injury, the woman’s injuries were sustained during “the course of her employment”.

The woman won the ruling largely based on the fact that her injuries were suffered while she was in the motel room her employer had recommended her to stay in. This is an important point because, the claim may have been dismissed if her employer did not encourage her to stay in that motel, or if she stayed in a motel of her own choosing.

This ruling is a considerable step in workplace law and this unique case significantly broadens the scope of what is deemed to be “during the course of employment”. In this case it would be deemed that her employment was still active despite her personal frivolities. A scary thought isn’t it?

From a health and safety perspective, this specific case actually raises more questions than answers. For example, if an employer encourages you to stay in a motel room, to what extent do they need to ascertain that the motel they are staying in ensures your health and safety?

If you have staff travelling for work whether it is for a course, tradeshow or meeting, have you considered every aspect of their workplace health and safety during their trip? Where does their ‘course of employment’ begin and end? One thing now appears certain, your obligations as an employer do not end when they walk out the door, even if they are laying down on the job.

Unsure about your health and safety obligations to your staff whether they are on a work trip or actually at work? Email the DWS team at info@dws.net.au or call 3878 9355.

Coming into the busiest time of year for most clients, it’s timely to look at fatigue as a risk to your workers. Using a risk management approach and consulting with workers is the best way to control the risks associated with fatigue.

Digital ID and implications for venues

Another year has just about gone and the busy festive season is upon us. It’s so important during this time to keep an eye on our work mates, our patrons and most importantly – ourselves!